Roses, champagne and a white gold diamond ring are among the apparent clues that Ronaldo has proposed to Spanish model, Georgina Rodríguez. 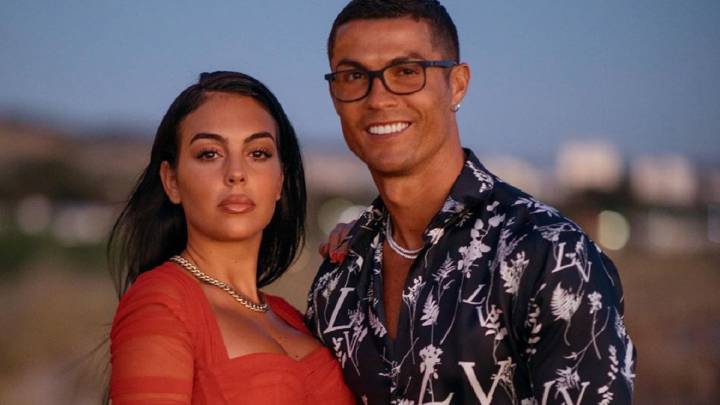 Aboard the Juventus superstar’s plush yacht, the loved-up pair has already visited the coasts of Italy, France, Monaco, Spain and Portugal. And inevitably, the public declarations of love and romantic photos have fuelled rumours that the couple have gotten formally engaged.

The first apparent clue came a few days ago when the Spanish model posted a photo of her and Cristiano in a loving embrace, accompanied by the word “YESSSS” and a rose emoticon. The photo has left many of their followers wondering if perhaps the message was a sly reference to her answer to a marriage proposal by the former Real Madrid striker.

Georgina sports new diamond ring with Ronaldo
But the main clue is none other than a white gold diamond ring that Georgina has been sporting on her wedding finger in several recent photos posted on Instagram.

Meanwhile, the model has also shared a video in which she appears with Cristiano in a room with rose petals scattered on the floor. Each holding a glass of champagne, the couple are seen taking a few dance steps before sharing a hug.Ronaldo and Georgina have kept schtum about weddings
Whether it is eventually confirmed or denied, it is not the first time that wedding rumours have circulated around the famous couple, who met four years ago at a Gucci store in Madrid, where Georgina was working at the time. Although, neither of them has spoken publically of a wedding aside from vague references to the future.”We will get married one day, for sure. It is also my mother’s wish. So one day. Why not?” – Georgina has previously stated during an interview on the Good Morning America program. Maybe her mother’s wish will soon come true if her recent social media posts are anything to go by.