The latest financial reports in Italy have revealed Juve have brought in the staggering amount of cash since the former Real Madrid star joined in the summer of 2018. 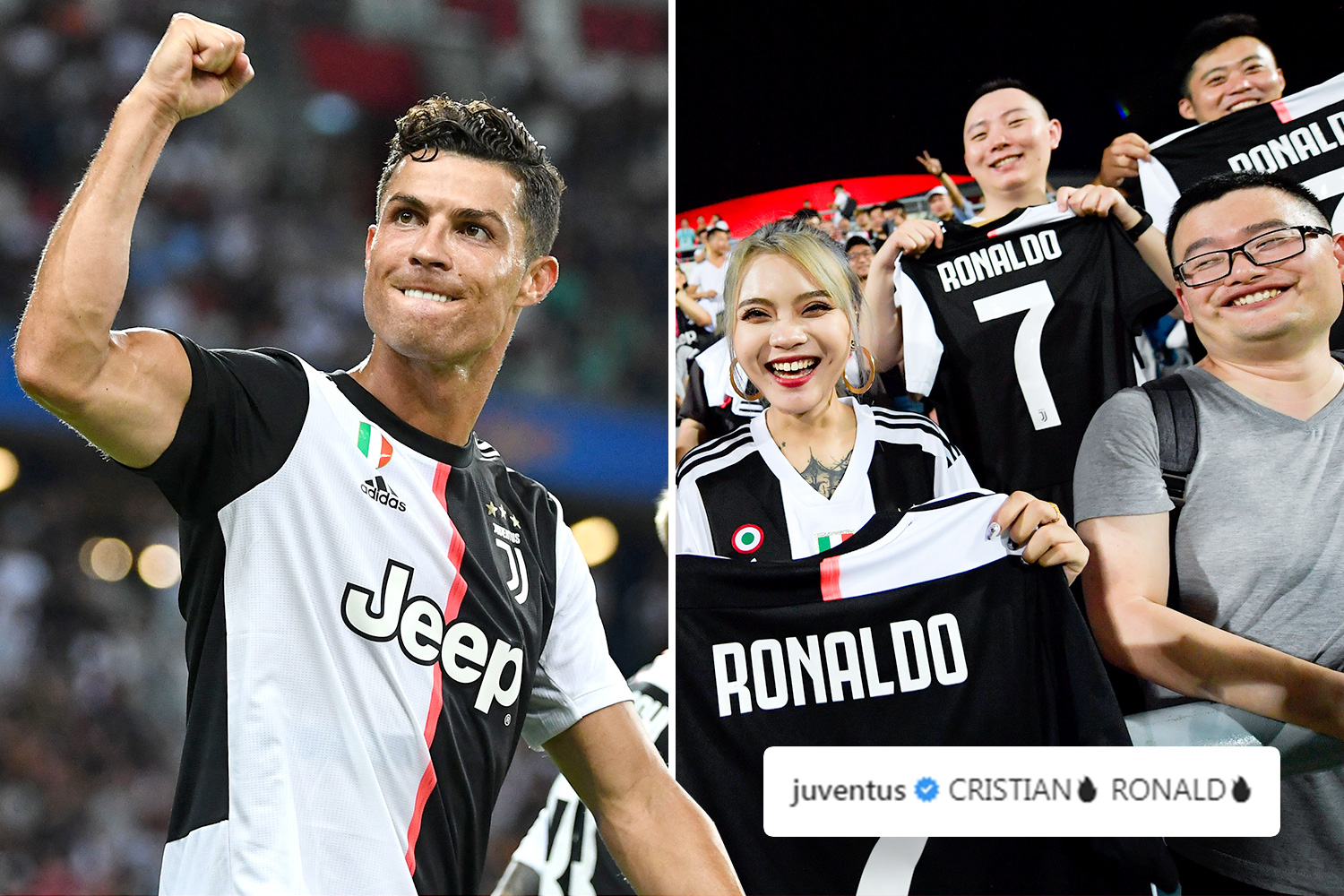 Ronaldo cost the Serie A champions £99m, meaning they have already paid off over half of that fee thanks to his influence.

The Portuguese forward is widely regarded as football’s most-marketable stars – if not all of sport.

CR7 is the world’s most popular athlete with over 200million social media followers.

His loyal – and massive – following has helped him land head-to-toe sponsorships with firms including Nike, Tag Heuer, Sacoor Brothers suits and Monster headphones.

Ronaldo rakes in tens of millions of pounds each year from his endorsements and modelling deals.

And now it has been revealed CR7 is Instagram’s top earner – beating the likes of David Beckham, Selena Gomez and Kylie Jenner to the honour.

But Juventus will admit that is all money well spent as he is helping the club reach new heights on and off the pitch.

The Serie A giants’ Instagram account now has 32m fans alone since Ron’s arrival in Turin, and they are closing in on Real Madrid, Barcelona and Manchester United.

Ronaldo is also said to have helped Juve renew their contract with primary shirt sponsor Jeep.

Juventus will now TRIPLE their money from the new agreement – with Ronaldo’s constant exposure a major influence.

The Italian side have already won the last eight Serie A titles in a row – and are experts at attracting top talent on free transfers.

Thanks to their star-pulling power, Juve have been able to tease the likes of Aaron Ramsey, Adrien Rabiot and Emre Can in recent seasons.

Having Ronaldo on their books will only further help their cause – both on and off the pitch.