Georgina Rodriguez sparked speculation she is engaged to Cristiano Ronaldo as she shared a cryptic message alongside a loved-up snap on Saturday.

The couple, who are on an idyllic holiday on a £5.5million yacht in the French Rivera with their children, posed for a photo with the footballer covering up his girlfriend’s wedding ring finger.Georgina, 26, sent tongues wagging as she posted the photo on Instagram alongside the caption ‘YESSS’. 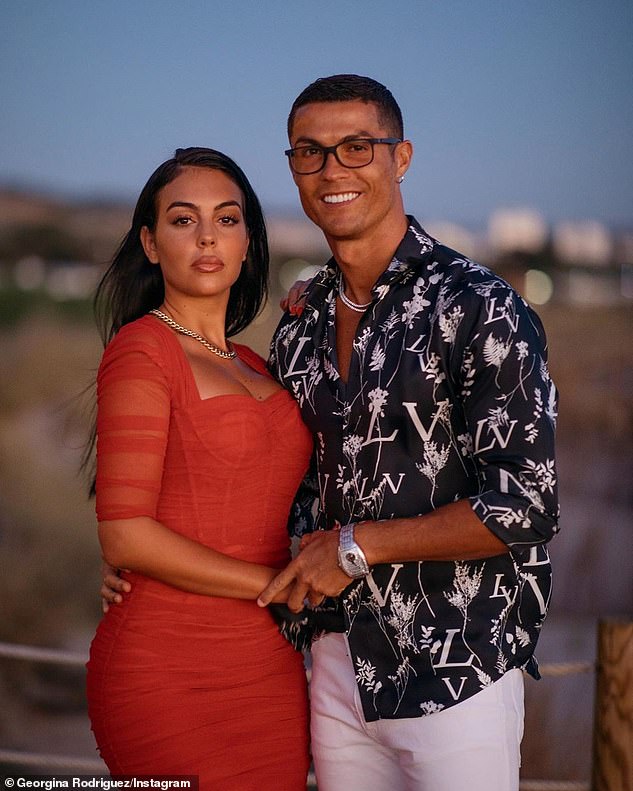 Engaged? Georgina Rodriguez sparked speculation she is engaged to Cristiano Ronaldo as she shared a cryptic message alongside a loved-up snap on Saturday

Intriguing: Georgina sent tongues wagging as she posted the photo on Instagram alongside the caption ‘YESSS’Georgina looked sensational in a scarlet dress that hugged her curves and featured a squared neckline, while Cristiano wore a navy printed Louis Vuitton shirt with ivory trousers.The couple looked in the throes of love as they wrapped their arms around one another as they posed in front of the beach.Georgina enhanced her delicate facial features with a flawless makeup finish and kept her long brunette tresses in a perfectly styled straight do. 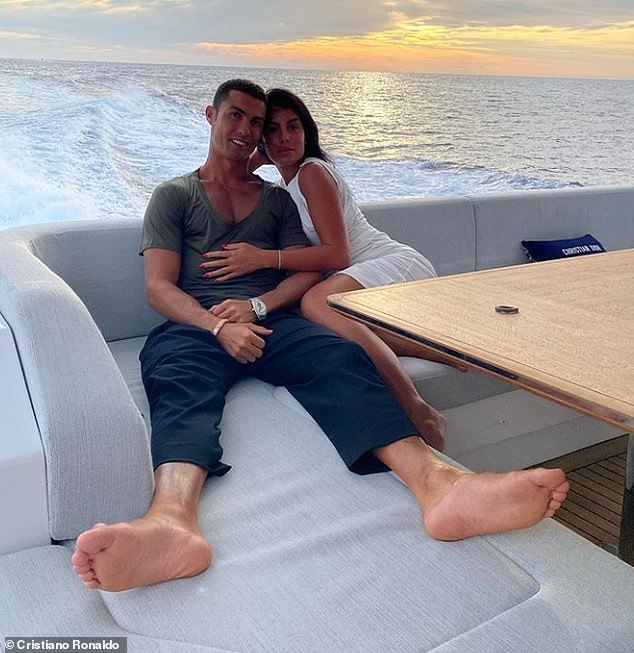 Georgia’s expression gave very little away but her Instagram caption might be a clue as she wrote: ‘YESSS,’ alongside a rose emoji.Fans were quick to litter her comment section asking if Ronaldo had proposed.One follower wrote: ‘What do you mean by yes?’, while another added: ‘OMG, is this what we all think!’. A third chimed: ‘Are you engaged?’.The couple recently jetted off on an extravagant family break with their daughter Alana Martina, two, Cristiano’s son, Cristiano Ronaldo Jr, 10, and his twins Eva and Mateo, threeThe athlete has never publicly revealed the identity of Cristiano Jr’s mother and maintains full custody of his eldest son.In 2017, he became the father to his twins, Eva and Mateo via surrogacy in the United States.His youngest child, Alana, was born on 12 November 2017 and is the biological daughter of Georgina who is a former shop assistant.The pair famously met while she was working as a shop assistant in Madrid, as they caught eyes across the rails in Gucci.Last year, Georgina admitted the meeting saw her ‘fall in love at first sight’ with the football star.