CRISTIANO RONALDO’S partner Georgina Rodriguez was a vision in red lingerie as she posed up a storm by her Christmas tree.

The Argentine beauty, 26, lay on a white sofa alongside the couple’s bumper festive tree and posted the snaps on Instagram. 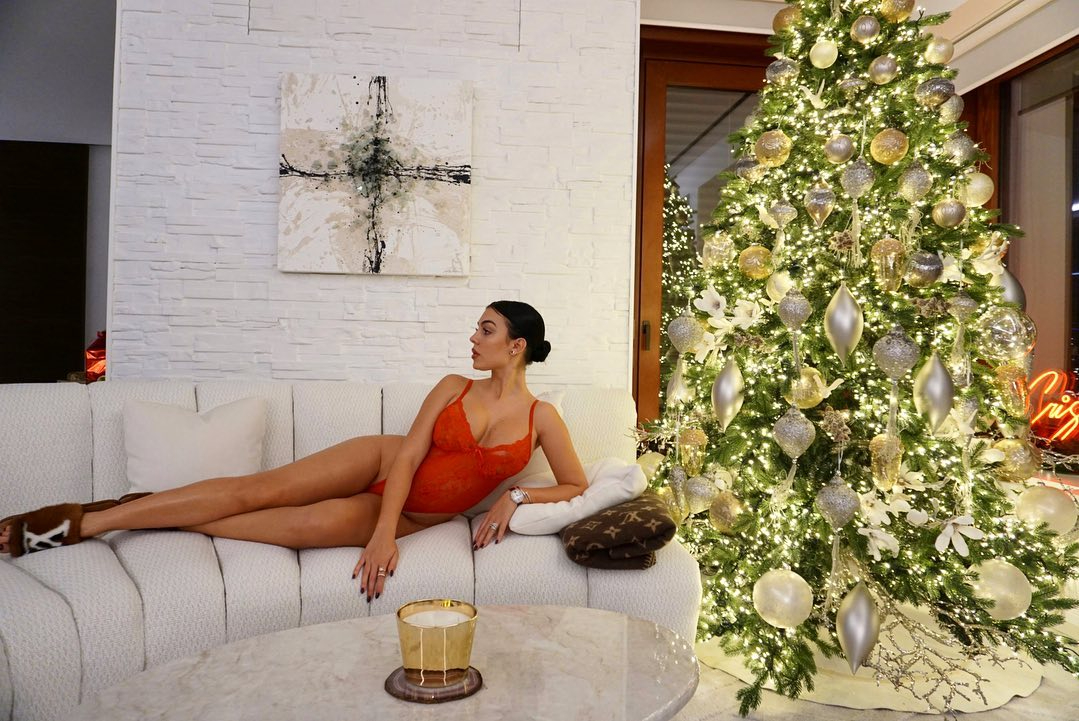 Georgina Rodriguez posed in red lingerie by her Christmas tree 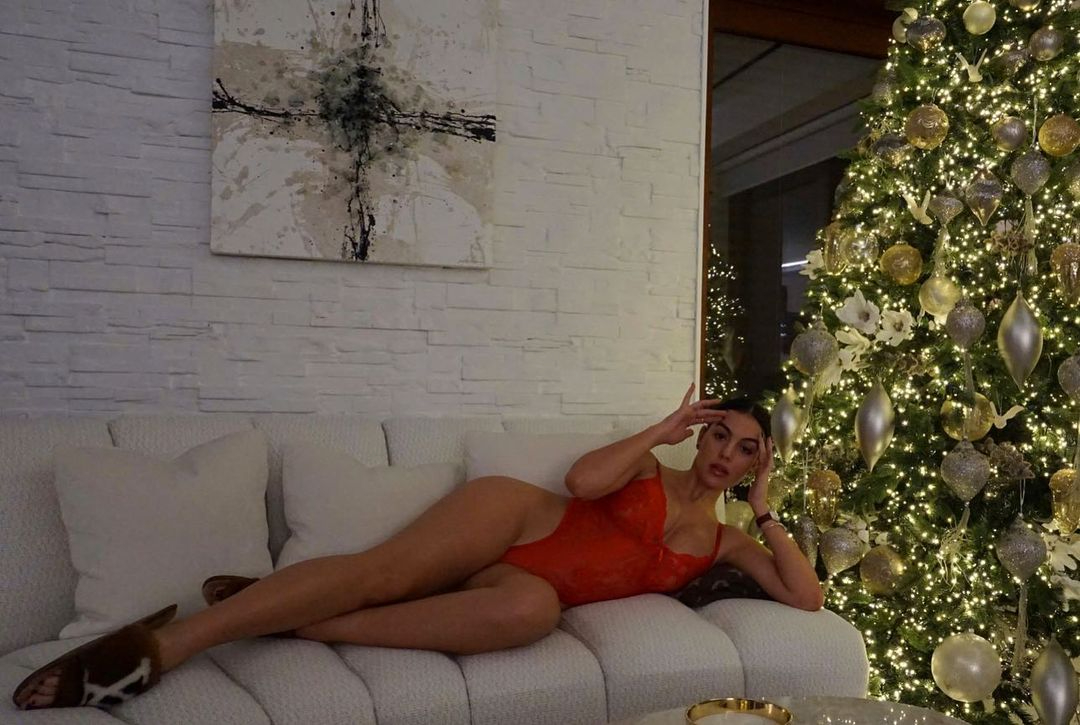 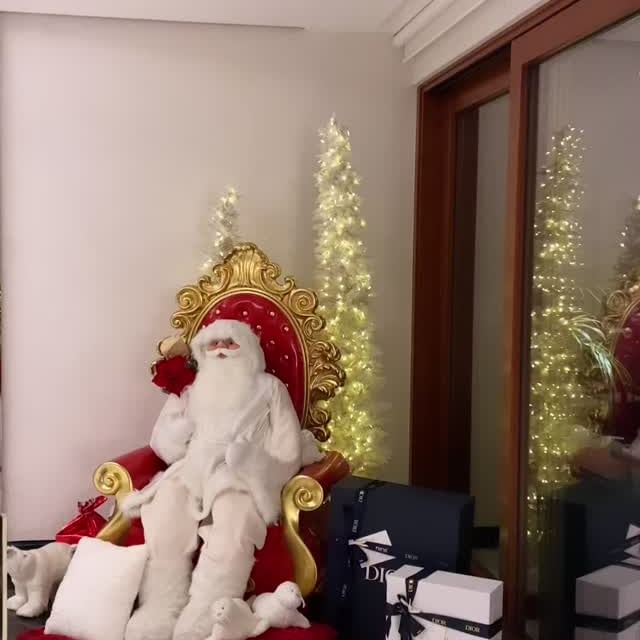 Rodriguez showed off the Ronaldo family’s very own Santa Claus
She wrote: “Loving yourself is the start of an eternal love story.”Ronaldo’s long-term girlfriend is no stranger to sharing sultry pics on the social media site and has amassed over 22 million followers.The Portuguese superstar’s partner has been gearing up for Christmas by decorating their huge tree.Rodriguez is embracing the festive spirit and revealed a Santa Claus dummy dressed in white.The massive Father Christmas sat perfectly on his festive seat, guarding two presents, one appearing to be a luxury Dior box.The Santa is dressed all in white, in what looks like a towelling robe and he appears to have a polar bear and two small seal cubs at his feet.Rodriquez has dressed the Christmas tree up in silver and gold with bright lights.Towards the back of the room, flashing reindeer, snowmen and presents sat on a shelve. 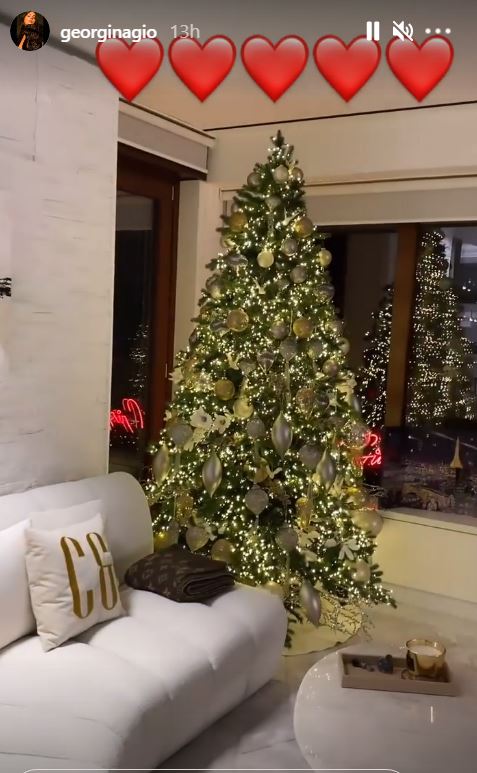 Ronaldo’s Turin home is made up by two adjoining villas, which can be found on a private road guarded by security, which leads to an entrance gate.The villas themselves have separate entrances, surrounded by lush gardens and vegetation.Ronaldo has lived in some amazing homes during his playing career, including mansions in Manchester and Madrid.And his harmony at home is seemingly helping him to fire on the pitch as Ronaldo rattled in two penalties to help Juventus beat Genoa in Serie A today.