Cristiano Ronaldo’s nine-year-old son wants to emulate the success of his dad and he arguably has the best mentor in the world, but the Portuguese football legend wants to pass on a bigger life-lesson to his kid.

The now multi-millionaire player wasn’t born into the most luxurious of circumstances, but still battled hard to one day play for Manchester United, Real Madrid and his country.

And Ronaldo himself understands the importance of highlighting his story to his son, Cristiano Jr, who is signed up with the Juventus academy where he has already shown off some skills learnt from the best. 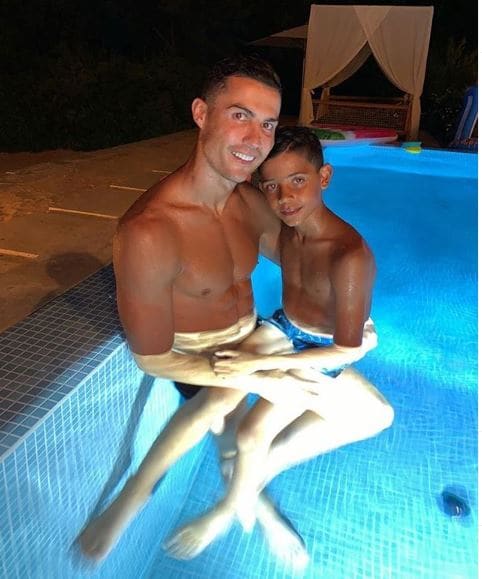 Due to the success of his father, Cristiano Jr has been born into far more privileged surroundings, but his father wants him to develop the correct mentality, which is why he took him to his home in Portugal’s Madeira.

The Juventus superstar, 34, admitted that his son was shocked when he showed him the conditions where he lived as a teenager.

“I was so excited for him to see where I grew up. He already knew Madeira and the Marques de Pombal residence,” Ronaldo told Portuguese channel TVI. He went to Madeira with his son and an old roommate Paixao.

“We went to the room where I used to live with Paixao.”

And to his surprise, Cristiano Jr was surprised to see the place and said: ‘Dad, did you really live here?’.

“He couldn’t believe it. They think everything today is easy. The quality of life, the houses, the cars. The way we dress. They think these things fall from the sky,” Ronaldo told TVI. “What I try to get across is that today, having talent is not enough. What I try to pass on to the kids is that with hard work and dedication, you can achieve anything you want.”

And this is what he wants to instil in Cristiano Jr.

Cristiano Jr has been an omnipresent fixture by his dad’s side, often collecting awards alongside his famous father and starring in his CR7 clothing line ads.