Cristiano Ronaldo Wins Award Not Even Lionel Messi Has Won

Cristiano Ronaldo has been awarded this year’s ‘Golden Foot’ award, and award so prestigious that not even his rival Lionel Messi has got his hands on it yet. 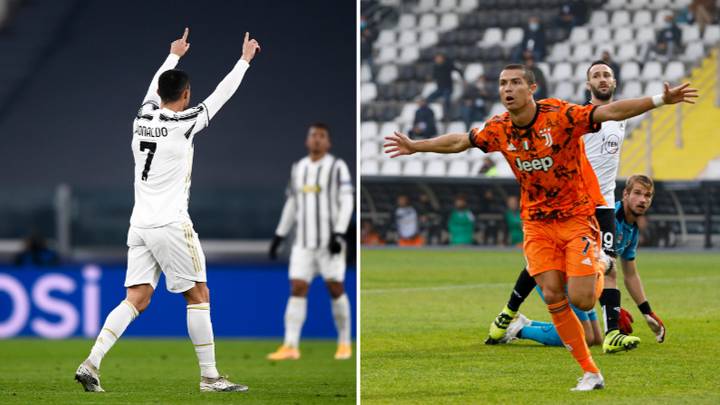 It’s not been a vintage year for Ronaldo, with the Juventus forward part of a side that got knocked out of the Champions League last 16, but he still got his hands on a second Serie A title.

However there’s no doubting he’s still one of the best players in the world, something that’s been true for over a decade, often fighting with Messi for the title of the number one.

The five time Ballon d’Or winner has once again had his achievements on the pitch recognised as he’s become the latest winner of the ‘Golden Foot’ award.

The award is given out once a year and is a “prestigious lifetime achievement award attributed every year to the greatest in the history of world football,” players must be active and have to be over the age of 28, which explains the delay in Ronaldo or Messi winning.

Cristiano Ronaldo has won the 18th edition of the Golden Foot Award.

He was nominated along with Messi, Ramos, Neymar and other stars. pic.twitter.com/HdPMEZPXZp

A panel of journalists decide on the winner from a list of 10 nominees every year and each player can only win the award once.

It has been going since 2003 and the list of winners is who’s who of footballing elite in that time, which further explains why Messi is yet to win.

Roberto Baggio was the first to be given the Golden Foot and since then it’s been won by the elite:

You’d have thought that in 2021 the award panel will get it right and Messi will finally be added to the list, there’s only a few years left for them to do so.