Injury gave Cristiano Ronaldo the opportunity to spend some quality time with his family on Saturday afternoon while Real Madrid won another three points at the Santiago Bernabeu.

The Portuguese striker, currently side-lined with an ankle injury, enjoyed a weekend in Ibiza with girlfriend Georgina Rodriguez and young son Cristiano, Jr as his side disposed of hapless Celta Vigo with a comfortable 6-0 victory.

With temperatures dropping to an unseasonable 15 degrees on the Balearic party island, Ronaldo, 33, wrapped up in a thick hooded top as they made their way across the beach. 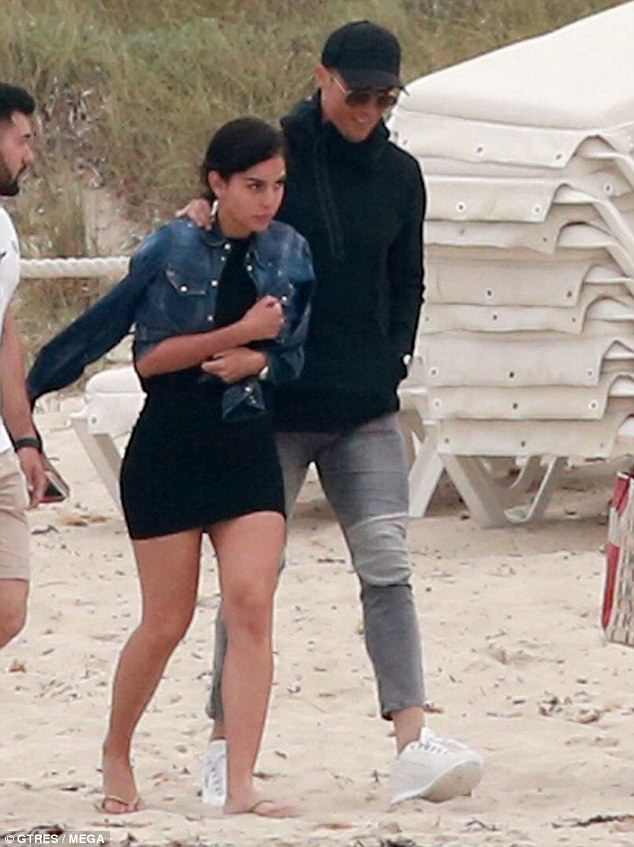 Good times: Injury gave Cristiano Ronaldo the opportunity to spend some quality time with his family during a weekend break in Ibiza on Saturday afternoon while Real Madrid won another three points at the Santiago Bernabeu

Walking alongside her boyfriend, Georgina looked less than impressed with the gloomy spring weather as the couple prepared to take a boat ride across the choppy Mediterranean waters.

Draping a denim shirt across her shoulders, the sultry brunette hugged herself while making her way across the sand. 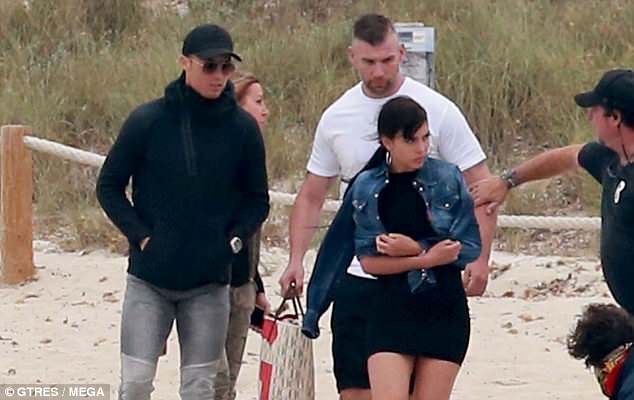 Opting to wear a form-fitting black dress during her latest appearance with Ronaldo, Georgina once again showed off the stunning figure she’s maintained following the birth of daughter Alana, her first child with the footballer, in November.

With a small boat waiting to take them back to their luxury yacht, Ronaldo looked on as the Spanish beauty removed her flip flops and gingerly climbed aboard. 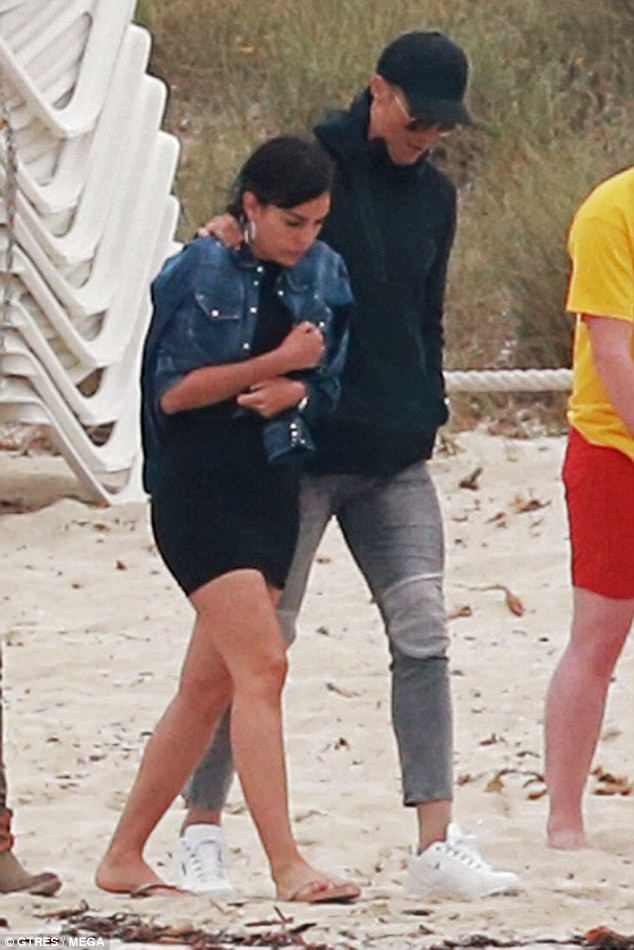 The youngster ensured he stayed safe by wearing a large yellow life jacket as the family were whisked back to the comparative luxury of their larger boat.

As well as fathering Cristiano Jnr and Alana, Ronaldo has also fathered his twins via a surrogate mother in the United States.

In March the footballer found himself at the centre of allegations surrounding a barrage of ‘late night texts’ sent to English glamour model Rhian Sugden. 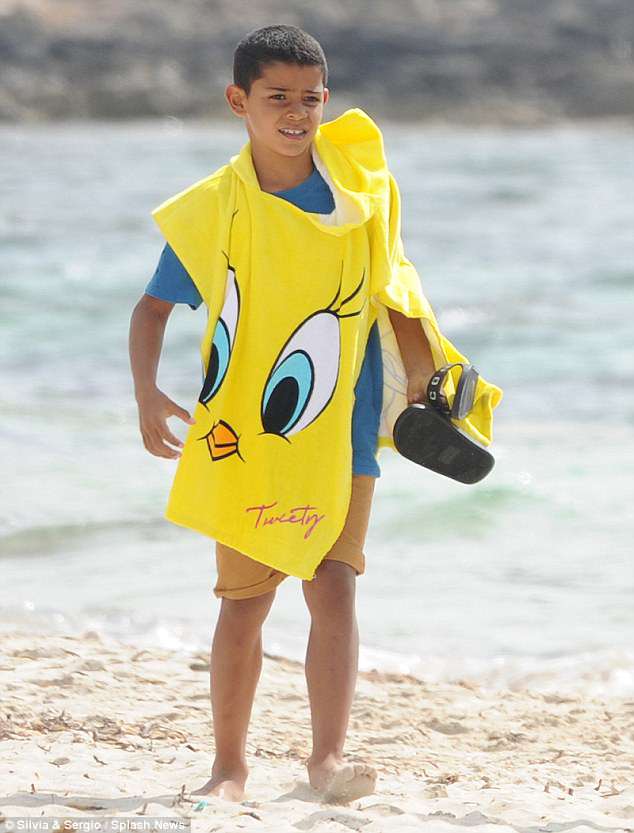 Rhian, who is engaged to actor Oliver Mellor, 36, was reportedly left alone after her fiance sent Cristiano a warning to back off.

The footballer is currently recovering from a sprained ankle sustained during Real Madrid’s 2-2 draw with fierce rivals FC Barcelona.

Despite being injured, the player is adamant he will be back for the Spanish side’s Champion’s League final showdown with Liverpool at the end of May. 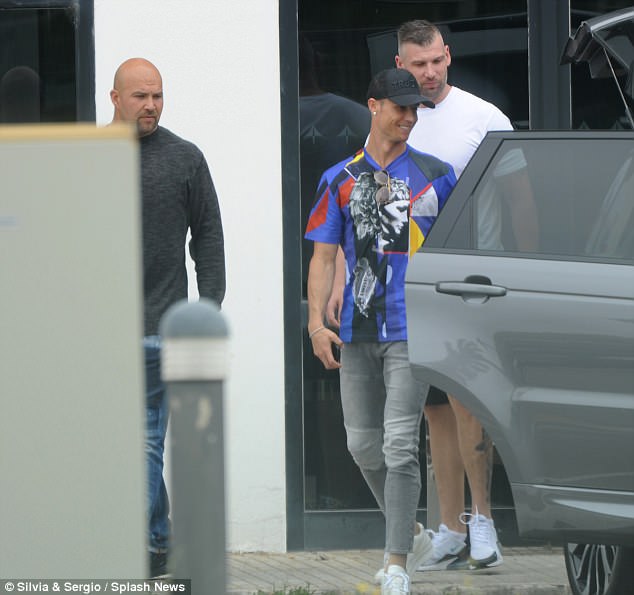