Cristiano Ronaldo salutes his son after he wins school Pichichi

Cristiano Jr ended his school’s football season as top scorer and his parents shared their pride with the rest of the world on Instagram.
Cruz Azul vs America: Liga MX, live online 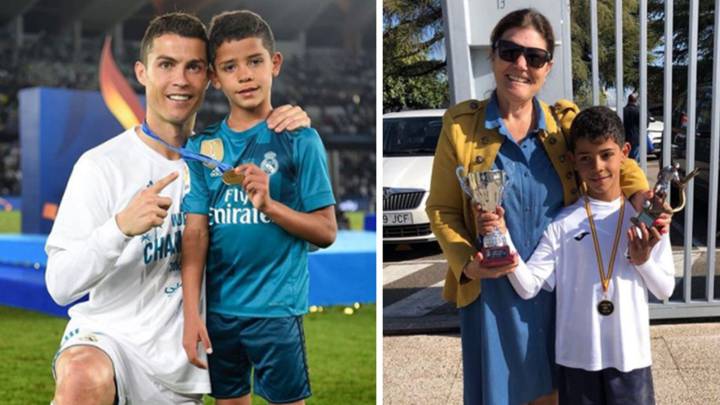 Cristiano Ronaldo’s first-born son, Cristiano Jr, has inherited his father’s passion for football and has been following in his footsteps for a while. The young lad has now taken that even further by ending the season for his school team as top scorer, often referred to as the ‘Pichichi’.

Like father, like son
At just seven-years old, Cristiano Jr has been nicknamed “El Bichito” linking his tender age to the scoring title. Cristiano Jr. was playing on Saturday for his team, when he was also presented with the small trophy and a medal in the presence of his grandmother, Dolores Aveiro.

And it was a proud grandmother who shared the photograph of her and her award-winning grandson on Instagram. Her message was cute too, literally translated as: “The son of a fish knows how to swim”, with thoughts clearly of her son.

A few hours later, the Real Madrid star wanted to share the same image with his followers to publicly congratulate his son for his first award in the world of football, specifically for as top scorer.

“Cristiano was the school’s top scorer! Congratulations, son!”, read the accompanying messsage in his native tongue.