CRISTIANO RONALDO JR made his superstar dad proud by winning the award for best striker at a youth tournament in Italy. 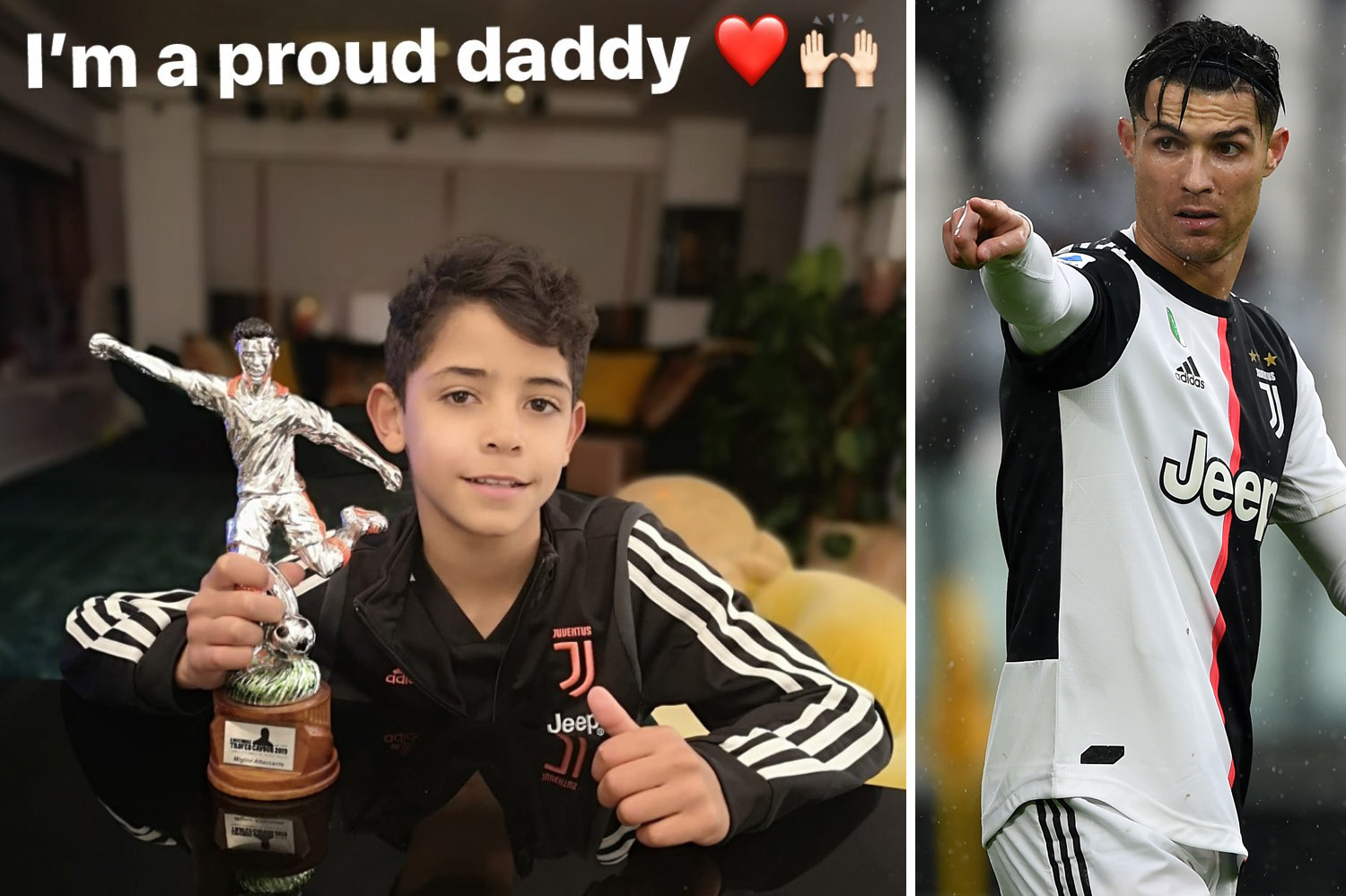 Juventus U9's won the "Cavour Trophy" title, beating Chieri 3-2 in the final. Cristiano Ronaldo Jr scored three goals throughout the tournament and was named the best striker of the competition. Ronaldo a proud dad. [@bianconeribra] pic.twitter.com/RAOxpueO8b

Cristiano Jr scored three times along the way, in wins over Poirini Lenco and AC Bra, as the youth team celebrate with a trophy almost the as tall as the players.

Portugal superstar Ronaldo, 34, later posted a snap of his son with his individual award captioned: “I’m a proud daddy”.

Even before the tournament, Cristiano Jr had scored an incredible 58 goals from just 28 games for the Juventus Under-9s, to go with 18 assists.

Junior set the bar high, with four goals on his debut – and went on to score SEVEN in another game this season.

But in an honest interview, former Manchester United and Real Madrid forward Ronaldo admitted his son will struggle to ever reach his heights.

Ronaldo said: “I hope that Cristiano can be like his father.

“He says he will be better than I, but I think it will be difficult.”

It’s hardly a criticism though, with Ronaldo winning almost every accolade on the planet, including five Ballons d’Or.

On top of that, Ronaldo has scored an outrageous 99 goals for Portugal in 164 games, while winning six league titles in England, Spain and Italy combined.